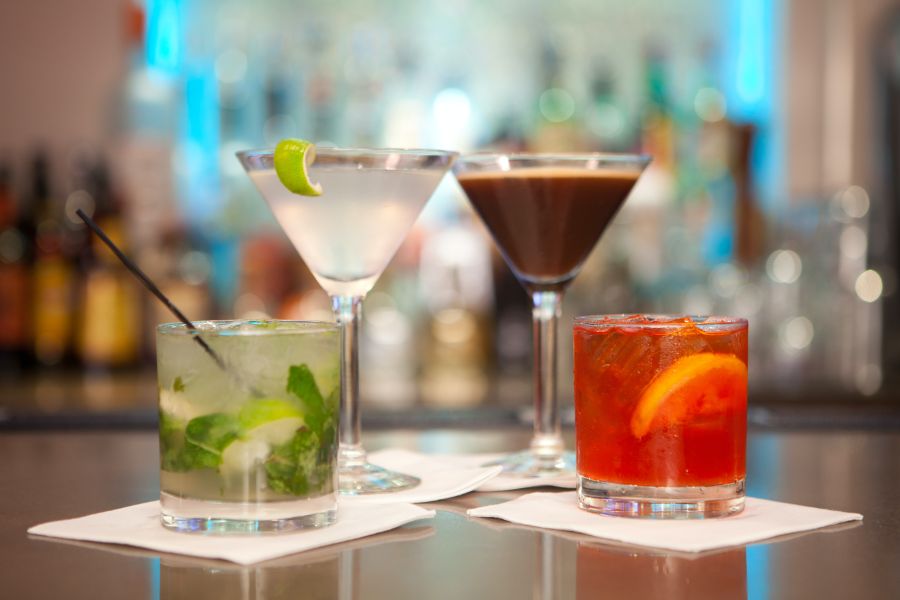 Here’s What You Should Know About Blackouts

Ever wake up in the morning after doing some heavy drinking and wonder what you did the night before? Your memories were fuzzy, or you lost track of time altogether? If so, it’s likely you’ve experienced a blackout, and perhaps a doozy of a hangover.

Learning about blackouts can help you decrease your chances of ever having one. Let’s start by discussing the science behind blackouts, so you can get a better idea of what happens.

The National Institute on Alcohol Abuse and Alcoholism says that blackouts are missing pieces of time in your memory due to intoxication. They’re not the same as passing out. When you pass out, you stop moving. You fall into a sleep-like state. However, when you blackout, you continue to move around and make choices. You just can’t remember them the next morning.

During a blackout, you may have difficulty walking, slur your speech, have a tough time seeing, and make poor choices. You’re conscious, but operating more from an unconscious state.

Blackouts happen when there is excess alcohol in the body, stopping the hippocampus in the brain from creating new memories. It’s like hitting stop on the recording button halfway through a song but continuing to sing the song.

Experts state that a blackout may occur when the blood alcohol level reaches about 14 percent. Once you get to that point, you won’t remember anything after.

Passing out means you lose consciousness and fall asleep, but very deep sleep. It can be super tough to wake up someone who has passed out.

There are two types of blackout:

Partial, or fragmentary, tend to be the most common. This is when you blackout, wake the next morning having a partial or no memory of what happened the night before. However, as you wake and get your day started, you may start to remember certain things. Or, if someone starts telling you what occurred, it may jog your memory.

Complete blackouts are more serious. This is when you don’t remember a single thing that occurred after you blacked out. It’s like the memory deletes these memories forever because the reality is that your brain didn’t create the memories.

With the higher amounts of alcohol in certain drinks and beer these days, if you don’t pay attention, you could find yourself highly intoxicated or blacking out.

Other factors involve your weight, gender, whether you have food in the stomach or not, the type of alcohol you’re drinking,

How A Blackout Affects Your Body

When someone blacks out, they lose some of their bodily functions. It impairs walking, talking, impulse control, and judgment. While a drinker may build a high tolerance for alcohol, it’s not so easy for the hippocampus to take on high amounts. It simply can’t create new memories when the BAC gets high.

When experiencing a blackout, it can be tough for others to know that the person is operating in such a state. They may carry on conversations, engage in risky behaviours sexually, use additional drugs, get into fights, drive, etc. without anyone knowing they’re in a blackout state.

Can Blackouts Negatively Affect The Brain?

It’s not so much the blackouts that negatively affect the brain. It’s chronic alcohol use that can cause harm to the brain’s frontal lobe. With the frontal lobe being an important part of cognition and behaviour, chronic or binge drinking can certainly cause damage.

The best way to avoid blackouts is to not drink alcohol at all.  For those that choose to drink, be sure it’s in moderation in order to prevent blackouts. Be aware of how many drinks are recommended for your size and gender per hour.  You’ll want to avoid binge drinking as well. Just one binge night can cause you to blackout.

Often, college students will engage in binge drinking and that can get them into all sorts of trouble, including blacking out. In addition, be sure you have food in your stomach before drinking and pace yourself.  Be aware of how many drinks you have, perhaps drinking a glass of water in between.

Does Blacking Out Mean You Have A Drinking Problem?

Blacking out could mean you have a drinking problem, especially if it happens regularly. If this is happening to you, take some time to really think about your drinking habits.  Are you overdoing it? Are others concerned about you?  Have you tried to stop the behaviour but can’t?

Alcohol is addictive. The more you drink, the more likely you are to become dependent on it or addicted. If you think you have, know that you don’t have to stay addicted. There are addiction specialists and treatment centers that can help you stop drinking and get your life back on track. You simply have to reach out for help and do the recovery work.

Give us a call today. We’d love to discuss with you how we can help you quit drinking and help you create the kind of life you truly desire.