Into Action > About > Our Team 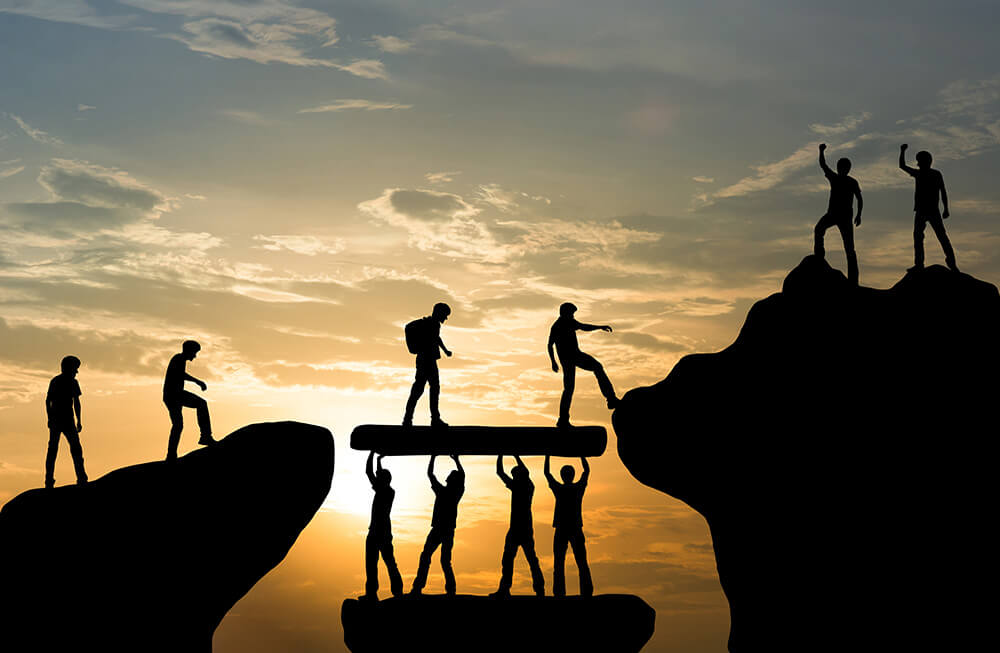 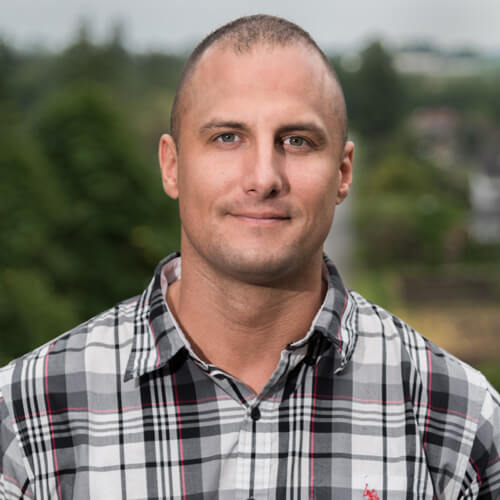 Chris has been working in the field of Mental Health and Addictions for over 12 years, the last 8 years of which have been in a leadership role.

Chris had such a profound experience when he attended treatment himself that it completely transformed him and helped him to see his purpose in life which is to help people find recovery. Chris founded Into Action Recovery Society in 2012. He is a skilled Satir Institute therapist, is a certified conflict resolution trainer, and is a member in good standing with the Canadian Addiction Counsellor Certification Federation.

Chris’s clinical experience, combined with his leadership skills, enhances his ability to assure that Into Action Recovery Society is among the top when it comes to achieving long-term recovery success. His vision is to provide a safe and structured program that is available to anyone who is struggling with addiction and is seeking help. 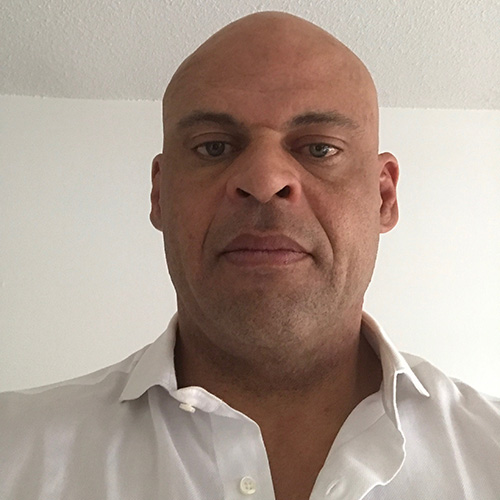 Michael has been the Director of Operations at Into Action Recovery Society since 2015, overseeing and coordinating day to day operations, ensuring the highest level of care. He has a vast amount of experience in managing residential treatment facilities, gaining invaluable experience that benefits each resident that attend Into Action.

Michael attended Concordia University, Simon Fraser University, and is a member of the Canadian Addiction Counsellor Certification Federation in good standing. He’s also an alumni of Into Action Recovery Society. 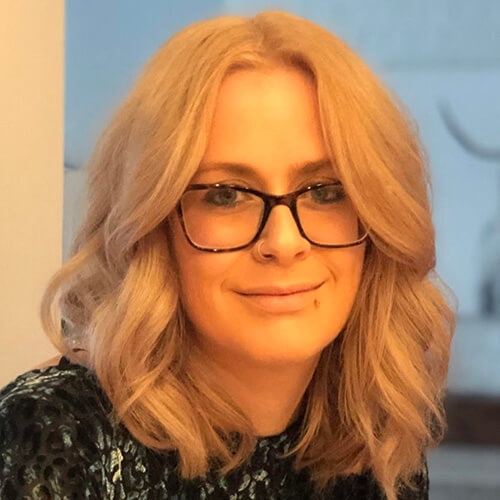 Anya has worked in an administrative and leadership role for 15 years. She has served and continues to serve on the Board of Directors of a local non-profit in the recovery field. In 2015 when addiction hit close to home, Anya decided this is where her passion lies. Anya devoted her career in helping other individuals struggling with substance use and their families. Anya has been in Administrative Manager role of Into Action recovery society since 2016, and has been responsible for creating and implementing systems to ensure consistent high caliber care for all clients, ensuring safety and efficiency at all operational and administrative levels of the organization. Anya oversees all intake coordination and is often the first point of contact with the individual still suffering with addiction and their families. Anya is passionate about giving individuals hope, and helping so many individuals get their lives back on track, living healthy and productive lives for themselves and every one they touch, creating a cascading effect of families, communities, and society.

Kevin has been working as a clinical supervisor and group therapy facilitator at Into Action Recovery Society for over two years. He has implemented a 60-day program that has garnered some stunning results. Kevin is involved in every client’s journey and genuinely cares about their experience.

Clients look forward to Kevin’s groups. However, his strength lies in his one to one sessions, where he supports clients in an empathic and safe environment. Using a CBT approach, Kevin helps clients identify broken thought and belief patterns. Their cognitive distortions are uncovered and replaced with healthy belief systems that produce positive change.

Kevin has worked as a counsellor since 2012. He has since worked in the field in both the nonprofit and private sector. Kevin uses the Bio/Psycho/Social model of recovery and believes in the client’s ability to facilitate change in their own lives with the right support and structure. Kevin enjoys coming to work and making a difference in people’s lives. 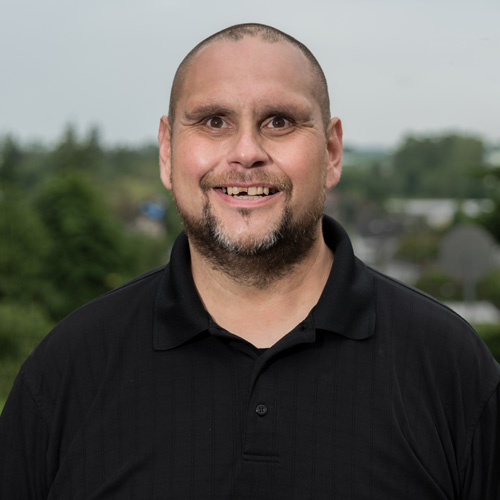 Certified in Satir Therapy, Jason has been working in the social service field for over 15 years, facilitating personal development, alcohol, and drug educational groups. He has also been involved in providing service in residential treatment programs for 12 years. Jason’s passion for recovery shows up in group sessions, where he provides a great deal of support and hope for those recovering from addiction. He believes true change is possible if people are willing to do the work to get there. 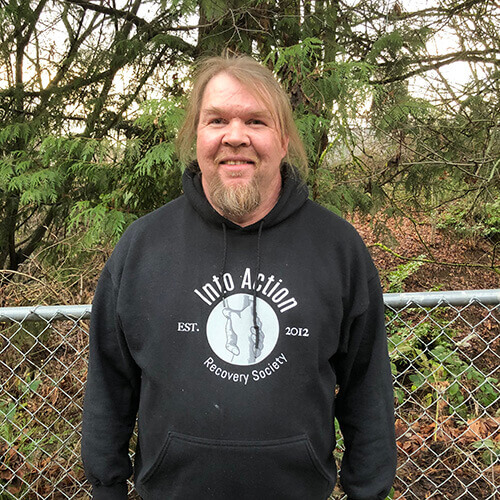 Gerry Wilce has been a counselor with Into Action Recovery Society for the past five years. He has over 11 years clean and sober, and has been active sharing hope and strength to thousands of others who were struggling with addiction.

Gerry grew up on a Nisga’a native reserve near Prince Rupert, losing his parents at the age of eleven. He started drinking and drugging for relief, and eventually ended up becoming involved in crime as a teen. As a young adult, he took to the streets of the Downtown East Side and consumed drugs and alcohol on a daily basis for a year and a half. He was homeless, hopeless, and completely addicted.

Through twelve step work, and the ability to help others, he has been able to overcome his struggles. At Into Action, he’s had the amazing opportunity to put his own program to good use in helping others; a program based on empathy, understanding, and an ability to relate to people that struggle just like he did.

Gerry is also an international recovery speaker and has facilitated recovery groups to thousands of men and women over the last 11 years, free of charge. 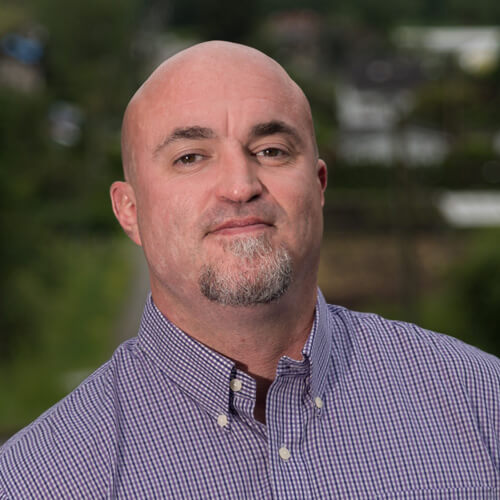 Colin Cameron has over twenty years’ experience working in the substance abuse field. Trained in addiction recovery at a B.C. Provincial Treatment Centre and Vancouver Community College, he began his career on the front lines in the Downtown East Side of Vancouver at the Salvation Army, where he gained invaluable experience. He also worked at Coastal Health Centre, where he was the head counsellor. 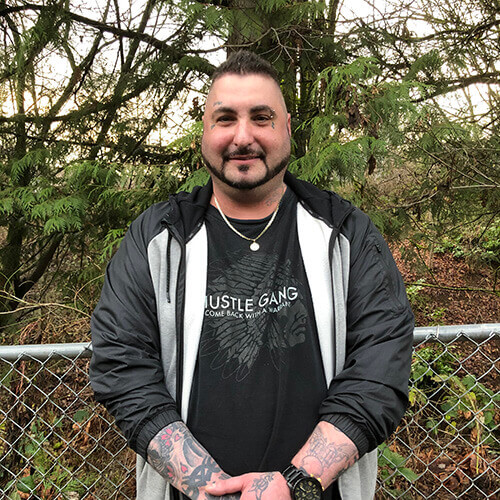 Nick has been a house manager with Into Action Recovery Society for the past two years. He’s got over two years clean and sober, and is active in supporting others who are struggling with addiction. He believes that giving back what was given to him is essential for helping others staying sober.

Nick grew up in Greece and relocated to Canada in 2005. Through a series of painful events, including divorce and being homeless, he started using alcohol and drugs as an attempt to escape such pain. This led him to selling drugs and committing other crimes, which landed him in jail multiple times.

Nick finally admitted he needed help and attended Into Action Recovery Society, where he was able to make the changes in his life that he truly desired. Today, he’s passionate about helping every man that comes to Into Action by sharing his story, his hope, and essential tools and techniques for long-term sobriety.

Staff who understand what you're going through, they will support you through your recovery and give you the tools to make it through!

Thank you for accepting me when no one else would, You put hope back into me and never gave up on me. People will come to know your intentions of truly helping others!

I got clean here, they gave me a opportunity. I did what was suggested, went to meetings and did the work. I am 16 months clean and sober working full time and giving back because Into Action gave me a chance.