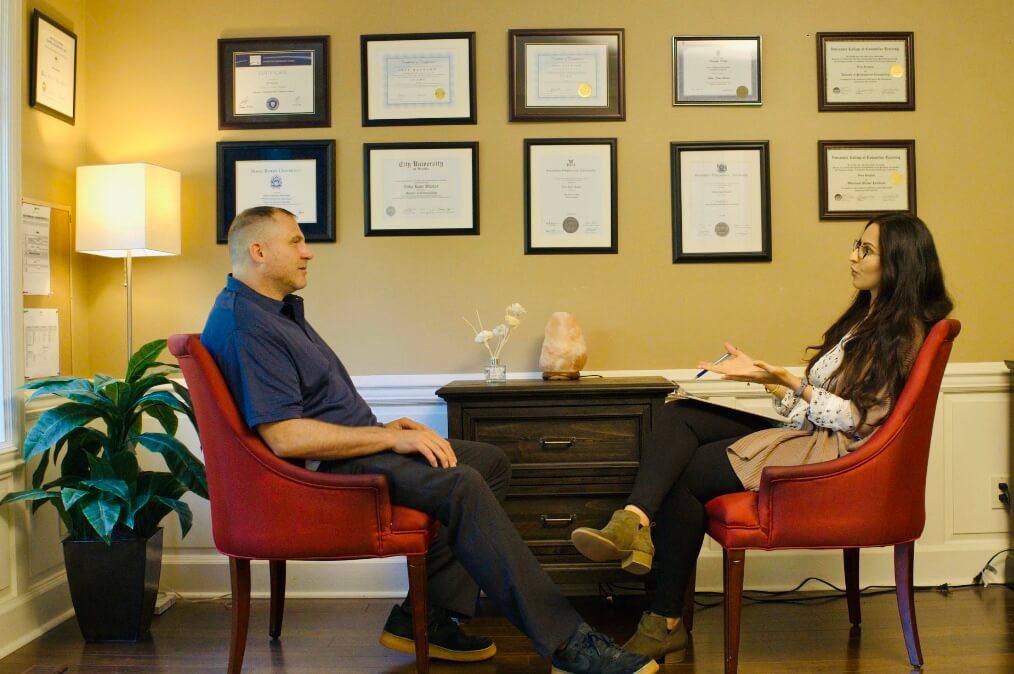 When Does Alcohol Use Becomes Alcoholism?

No one ever really expects to get addicted to alcohol. Despite the overwhelming evidence when it comes to addiction, most people think that they can escape the addiction trap. They think that their drinking is merely social. They say they only occasionally drink, so they feel safe from alcoholism. They think they can stop whenever they desire.

However, like a stealthy predator, alcoholism can sneak up on you when you least expect it.

The line between alcohol abuse and alcoholism is very thin. It is easy to cross this line and not even know about it till you’ve hit rock bottom. For this reason, it will help you know the telltale signs that show that your alcohol use has turned into an addiction.

Why Do We Drink?

Most people are aware of the harmful effects and potential dangers of drinking alcohol. Despite this, many people still choose to drink to varying extents. We drink to adhere to social norms and to fit into our groups. We are expected to drink at various celebrations or occasions, and this is often what leads to a drinking habit.

The social and economic environment also plays a role. Would you still be drinking alcohol as often if the price of alcohol went up by 30 percent? What about 50 percent? Would you still be drinking if society was somehow different or didn’t promote drinking as it does now? Our society provides us with cues that positively or negatively influence us towards drinking, playing a large part in affecting our drinking habits.

Many people drink in an attempt to curb stress. They value current relief over future consequences. For them, alcohol helps reduce their feelings of anxiety, but never cures the source of it. Thus, creating a vicious cycle that typically ends in a downward spiral.

All these factors create the feedback loop that causes alcoholism. You may value your past experiences drinking alcohol so much that you become willing to indulge in it again and again. This is how the brain grows dependent on it and starts craving it more and more. From the very first taste, the brain’s reward pathways have been reprogrammed to think that it is good for them.

Once the brain is convinced, you develop a liking on a more physical level. You crave the endorphin release that accompanies alcohol intake and slowly, it becomes a physical addiction. Your tolerance level increases. Whereas you used to only need to drink a few beers to feel good, now you need six or ten. Your body gets used to the amount of alcohol and over time needs more to get the same effect.

The bigger problem here lies in finding out when alcohol abuse becomes alcohol addiction. Abuse for many people starts in their late teens. Binge drinking has often been blamed, for leading to increased chances of alcoholism later in life.

Alcohol abuse, and especially binge drinking, leads to a slippery slope. It can turn into a full-blown addiction when people least expect it. This affects them in negative ways, and oftentimes their loved ones as well. It can lead to all sorts of painful things, such as depression, anxiety, legal trouble, relationship issues, health problems, and more.

Knowing is Half the Battle

You may be wondering whether you or someone you know has a drinking problem. Test yourself or them using the following CAGE questionnaire.

If you answered two out of the four questions “yes”, then you are likely abusing alcohol.

The good news is that there are treatments available for alcohol abuse. Contingency management is an approach that can be quite effective. It works by rewarding good behaviour. Patients are asked to leave urine samples several times during the week. These samples are then tested for alcohol or substance use. For every negative test result, they get a reward. The rewards can be anything from money to vouchers to movie tickets. Alcoholics Anonymous uses this technique by providing “sobriety tokens” and leadership roles for continued abstinence.

Another technique is motivational interviewing. It is a form of counseling that focuses on finding out the root cause of their alcohol abuse. This is effective, as it targets even those who do not feel that they have a drinking problem. These people do not feel the need to tackle their problems or feel that it simply does not exist. This technique helps the patient dig deep, helping them see the true effects of their drinking behaviours. The counselor then helps them work toward changing addictive behaviour.

Are You Struggling With Alcohol Abuse?

If you’re struggling with alcohol abuse or alcoholism, it’s time to reach out for help. It’s time to make the decision to put a stop to drinking once and for all. If you’ve tried to stop drinking before and haven’t been able to be successful, rest assured that professional help is available. There are alcohol detox and treatment centers that you can attend and receive the help you need.

There are also support groups you can attend, such as Alcoholics Anonymous or SMART Recovery. There you will be able to connect with others who are struggling with alcohol abuse or alcoholism and get some support. There are meetings in many cities across the world, and some online meetings as well. You’ll be able to get a sponsor/mentor and work steps that will help you on all levels.

Know that you are not alone in your struggle against alcohol abuse or alcoholism. There is hope for quitting and creating the kind of life you want. If you’re ready to stop your drinking, reach out for help today and begin to get excited about life in recovery. You can get a new sense of freedom that will feel amazing.