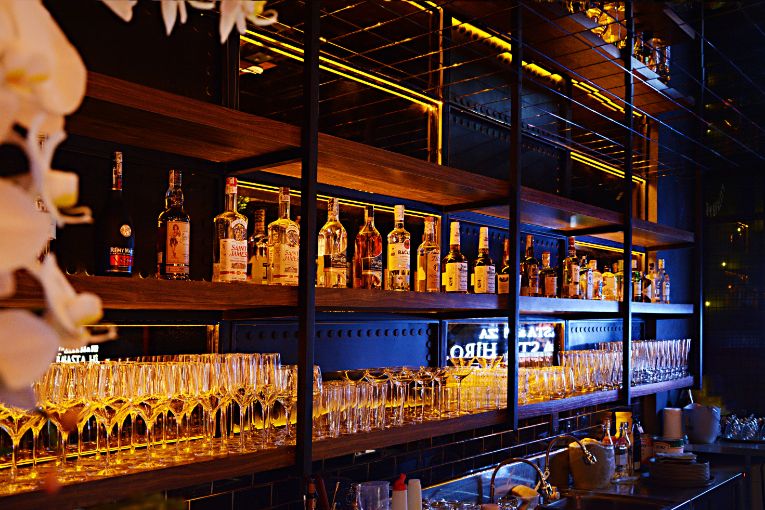 Can Moderate Drinking Change Your Brain?

You don’t have to be a heavy drinker in order to experience negative effects from alcohol. In fact, there are plenty of addiction recovery experts that state that even moderate drinking over time can cause your brain to change in ways that don’t suit you well. This goes against plenty of old reports that a little bit of alcohol regularly, such as wine, is good for your health.

A study published by the University of Oxford and College of London reports that moderate drinking indeed causes negative changes to the brain. Researchers found that people who drink moderately to heavy suffered a greater risk of hippocampal atrophy. This means that the hippocampus area of the brain is damaged over time. This can promote memory loss and conditions like dementia and Alzheimer’s.

Moderate to heavy drinkers also had more white matter loss in the brain. This is the part of the brain that has to do with language.

These findings aren’t all that new, as the research has been around for a while. However, this new research indicates that moderate drinkers will have to contend with changes in the brain as well. What this means is if you are a moderate drinker and you continue to drink regularly, down the road you are at a greater risk of suffering from hippocampal atrophy. This does increase your chances of getting Alzheimer’s or dementia.

For those who like to justify their moderate drinking, stating that regular intake of red wine or alcohol is good for their heart, you might have to change your thoughts on the matter. The reality is that new studies are backed by brain scans taken from moderate drinkers over a period of time. They also had to go through memory tests and were compared to light drinkers. Those who were light drinkers (one or two drinks per week) did not show any significant change.

However, those who engaged in moderate alcohol use were more apt to have changes occur in their brains according to the scans. Moderate drinkers were those that drank between one and two drinks per night and often, more on the weekends, In fact, researchers said that the moderate group was three times more likely to experience the atrophy of the hippocampus of the brain over the light drinkers.

Research also tends to show that those who are drinking light, such as a glass of wine with a meal regularly, aren’t really getting the protective health qualities that some research indicates. In fact, because alcohol is an addictive substance, if you’re drinking it every night thinking it’s going to help your health, it’s more likely that your body will become dependent on or addicted to the alcohol.

This is the trap that alcohol gets a lot of people in. Those that start out engaging in moderate alcohol use may start off thinking that they can just drink a little bit here and there, but they may become addicted to it mentally and physically.

At the same time, it takes more alcohol for them to catch that buzz that they like, so they begin drinking more over time. In a span of a year, someone can go from being a light drinker to a moderate or heavy drinker. Of course, there are other factors regarding their usage, as someone who is depressed may be more apt to drink out of feeling sad, as opposed to being addicted to it.

At the same time, some researchers are saying that you have to take into other considerations things like their diet or exercise level. If someone is a light drinker, but their diet is extremely poor and they never exercise, they’re apt to struggle with cognitive deficits down the road too. It’s not necessarily because of the alcohol but could be their overall lifestyle.

If you have a clean eating lifestyle and exercise frequently, yet you engage in moderate alcohol use, you may be apt to struggle with cognitive deficits as you continue drinking alcohol. Let no one fool you into thinking that alcohol actually adds health to your life. Alcohol at its purest form is poison and drinking pure alcohol can be life-threatening.

This is why there’s only a little bit of alcohol in drinks. If you drink 100 proof alcohol, you can die because it is strictly poison. This is not mentioned in the commercials on television that portray drinking as something that adds great value to people’s lives.

There are certainly differing opinions on how alcohol changes the brain structure over time, whether someone drinks a little or a lot. With differing results and opinions, it’s probably best to just stay away from alcohol. Those that have given up drinking tend to feel good about themselves and feel better health-wise. In other words, mild and moderate alcohol use are overrated.

Of course, those who have an addiction to alcohol are encouraged to abstain completely. Often, those who cannot stop drinking after one or two have to give up drinking completely in order to remain sober. Perhaps you know someone who has trouble stopping until they are so drunk that they have a blackout or pass out. Or maybe this has happened to you.

If you are struggling with an addiction to alcohol, feel free to reach out for help. Here at Into Action Recovery Society, we have various levels of treatment that can help you get free from alcohol addiction.

It may be challenging at times, but recovery is completely worth it. Whether you engage in heavy, light, or moderate alcohol use, take some time to really think about your dependency on alcohol. Are you dependent? Do you wish you could stop drinking entirely? Is drinking getting you into trouble?

There is a beautiful life on the other side of alcoholism. If you’re struggling, know that you don’t have to continue struggling. Even if you’ve tried a hundred times to get sober and live a life free from addiction, yet keep falling back, get back up again. Adopt a “never give up” attitude.

Contact us today. We’re here to answer any questions or concerns you may have, and help you get on your unique road to recovery from alcoholism.