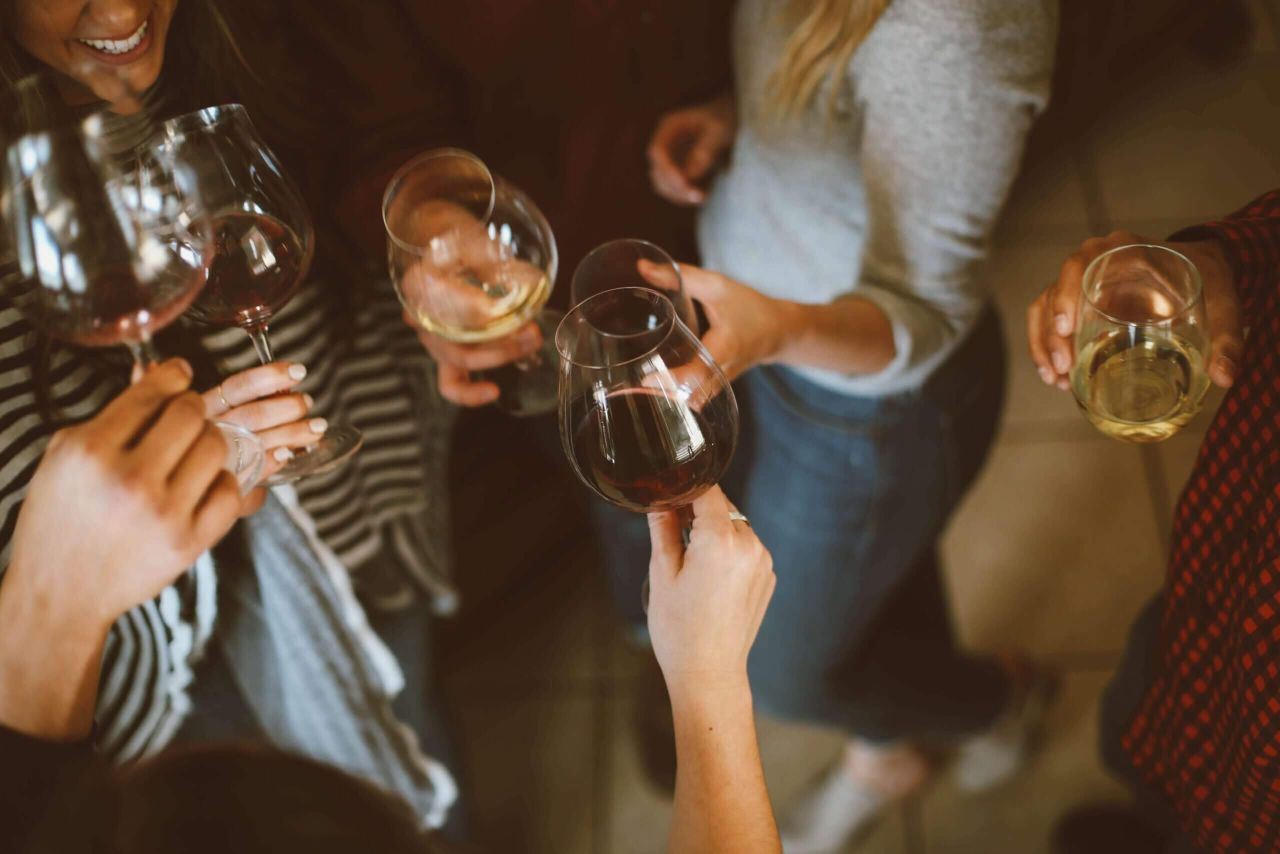 Jimmy has been drinking for about 10 years now. He doesn’t think that he’s addicted to alcohol. In fact, the 12 pack he drinks every night doesn’t even really cross his mind much. Sure, he knows he could save money without drinking. He knows it would be healthier too.

But he likes the way the alcohol makes him feel relaxed and a little bit numb. He works quite hard and carries a lot of stress, and has always been a firm believer that alcohol reduces stress. Plus, he works hard and believes he deserves to enjoy some brewskies every night.

Jimmy doesn’t normally suffer any negative consequences from his drinking. He’s never gotten a DUI. He’s never got fired from a job, and he’s still married to the same woman. Probably the most severe consequence he’s aware of is that his consumption of alcohol costs him around $300 per month.

Now, if Jimmy were to go to an addiction recovery professional, he will most likely be told that he is overdrinking. Even though he isn’t causing him many negative consequences, the high amount of alcohol alone is an indicator that he may be dependent on alcohol. They may even diagnose him with substance use disorder.

Is he struggling with alcoholism? Perhaps. Some people drink large quantities of alcohol, but they may not fall into the alcoholism category. If they really wanted to stop drinking, they could probably do it. The problem is they usually don’t want to stop.

Maybe someone you know consumes quite a bit of alcohol, but they don’t necessarily think that’s a big issue. Maybe you don’t think your alcohol intake is a big issue either. The National Institute of Alcoholism says that a healthy alcohol consumption rate per week would be less than 14 drinks per man and 7 drinks for a woman. That equals to about one or two drinks per day. There are some substance abuse professionals that believe even that may be too much to be considered safe.

Let’s clear up some of those myths today.

Myth #1: If The Store Sells It, I Can’t Get Addicted To It.
This is false. Alcohol is an addictive drug that anyone can get addicted to. Just because you can buy it legally does not mean that you can’t become dependent on or addicted to it.

Myth #2: I Have A High Alcohol Tolerance, So I Do Not Over-Drink

This is not true. Actually, the higher your tolerance for alcohol, the more likely it is that you have a problem with alcohol. You develop a high tolerance because you drink a lot. And, drinking a lot can lead to addiction and many health problems as well.

False. There are plenty of people struggling with alcoholism that are functioning each day, but they are still dependent upon alcohol to get them through their days. They look like they’ve got it together on the outside, but on the inside, they are not doing so well. Sooner or later the disease of addiction catches up with them and they will begin experiencing problems.

This is true for some people, but for someone struggling with alcoholism, it is false. They may say they can stop anytime, but either they don’t want to or they’ve already tried to no avail.

Myth #5: I Can Just Get Sober With Detox.

Actually, detox is just the first phase of recovery. The real “work” comes after detox. Recovery is a long-term journey that requires approaching each day with a “can do” attitude when it comes to staying sober and living a productive life filled with peace and joy.

Myth #6 Only Those Who Hit Rock Bottom Should Worry.

There are certainly men and women who hit rock bottom when it comes to drinking. They may hit rock bottom within a year or perhaps 10 or 15 years. Hitting rock bottom means that you hit some harsh negative bumps in the road, usually associated with the abuse of alcohol. This could be losing a job, having a partner or spouse leave you, getting DUI, going to jail, or some other negative consequence.

The thing is, you don’t have to hit rock bottom in order to have a problem with alcohol. There are plenty of people who seem to get along in life pretty well but have become accustomed to having their nightly cocktails or occurrences of binge drinking. Waiting until one hits rock bottom might be too late, so it’s best to really get honest with yourself and gauge your alcohol intake today.

Myth #7: You Have To Go To Alcoholics Anonymous If You Abuse Alcohol.

This isn’t necessarily true. There are plenty of people who get sober and do not attend 12-step groups such as Alcoholics Anonymous. Though AA has helped many people get and stay sober, there are plenty of other paths to recovery too.

If you or a loved one is struggling with drinking, and want to stop, consider attending an inpatient or outpatient rehab, or a professional counselor. Twelve steps aren’t for everyone, but if you haven’t given it a try, you might want to at least try a few sessions to form an opinion for yourself. You might really find great benefits from attending and meeting up with others who have a desire to stop drinking as well.

If you’ve been believing one or more of these myths, seriously gauge your life today. If you feel like you want to stop drinking, know that you certainly can.

You may need some help, and this is why reaching out to addiction recovery professionals is so important. Decide to do something different so that you can get different results.

You do not have to be a slave to alcoholism or drug addiction any longer. Begin your recovery journey today by giving us a call. We are here to assist you in getting free and going on to live your best life.